Andrew Needham and Lily Geismer talk Chicago and suburbanization with Elaine Lewinnek, a professor of American Studies at Cal State Fullerton Her new book, The Working Man’s Reward: Chicago’s Early Suburbs and the Roots of American Sprawl, came out in the spring from Oxford University Press. (OUP, Amazon).  Looking at gendered notions of urban development and industrial labor, she traces key episodes in Chicago history including the Great Fire and its policy aftermath, uses literature like The Jungle as a lens for examining real estate, and traces a history of race and space before the 1919 race riot.

END_OF_DOCUMENT_TOKEN_TO_BE_REPLACED

The University of Pennsylvania’s Social Science and Policy Forum hosted Ta-Nehisi Coates for a discussion with outgoing UHA president and SSPF chair Tom Sugrue on Coates’ article in The Atlantic, “The Case for Reparations.”

The Sunday sessions on the final day of an academic conference usually struggle to draw a crowd. Many of the attendees are just trying to make it to the airport to catch their flight home, while others set aside the final day to explore the host city. Two years ago, attending Sunday panels was far from the minds of most attendees at the UHA conference in New York City. Our main concern was making it out of the city, period. I remember nervously sitting in LaGuardia that Sunday afternoon with fellow Milwaukeean and regular UHA attendee, Amanda Seligman, mere hours before Hurricane Sandy made landfall. As were we filing onto one of the last flights to leave that night, airport employees were battening down the hatches, literally, covering food stands, waiting areas, and kiosks with tarps in preparation for floodwaters.

While there was no cataclysmic storm driving attendees of this year’s UHA conference out of Philadelphia, there was a plenary session on Sunday afternoon that compelled many of us to stick around to the very end. I, thankfully, was among those persons who made it to the session titled “Urban History in the Age of Global Crisis.” Outgoing UHA President Tom Sugrue served as the moderator, and Heather Ann Thompson (University of Michigan), Nathan Connolly (Johns Hopkins), Anton Rosenthal (University of Kansas), and Elizabeth Shermer (Loyola University Chicago) offered remarks, which were followed by a lively and engaging discussion with members of the audience. END_OF_DOCUMENT_TOKEN_TO_BE_REPLACED

Like Andrew, when I arrived in Philadelphia for the Urban History Conference in Philadelphia, I felt excited and overwhelmed. This feeling was not just due to my excitement at feeling rain after months of the California drought, but from the depth of the conference’s program. The exigencies of time, jet lag, and meetings constrained my panel attendance, but I was able to get snippets on a wide range of issues. Hearing a debate on gender the War on Poverty’s periodization, the legacy of Crabgrass Frontier, and even the mention of suburban sex dungeons, the conference was a testament to how dynamic the field is right now and the kind of dynamic scholars it has attracted.

One of the few complete panels I was able to attend was a roundtable entitled “Giving Gentrification a History” with Michael Carriere, Aaron Shkuda, Kwame Holmes, Alison Isenberg, Brian Goldstein and moderated by Suleiman Osman. It was one of several panels on gentrification featured on the program, which is a sign of how the issues of the issues of the present shape studies of the past. The members of the panel, each engaged with the interesting question of whether or not gentrification had a history from a different vantage ranging from punk rock to Henry George to Harlem USA. The panel did not just bring new perspective to a seemingly exhausted issue, but also showed how the topic of gentrification can serve as important place where scholars can help to weigh in and complicate the contemporary debate.

I was delighted and genuinely surprised  by the turnout to my own panel “New Perspectives on Business and the City,” given the slot very early on Sunday morning. This turnout showed the emerging interest in the intersections of history of capitalism, markets and business with urban issues. The comment for the panel was Julia Ott who brought an exciting and important perspective related to financial services and capitalism. Despite the important implications of her work and insight for scholars of urban history, however, Julia has not usually been part of the “urban history” conversation. It is my hope that the Urban History Conference will continue to have a focus on urban structures, but will increasingly be a meeting ground and open to scholars who might not necessarily consider themselves urban historians. In doing so, we can expand the temporal, geographic and disciplinary reach not just of the conference, but the field as a whole. Perhaps one small and easy way we can do so is to more actively encourage our colleagues outside of the subfield to submit panels and papers for the next conference and/or to design panels with this idea in mind.

Thanks to the conference organizers and I am already looking forward to Chicago in 2016!

Space and Time at the Urban History Association

I knew when I got the UHA’s conference program that I was in trouble. Five sessions a day, 11 concurrent panels in each session. How to choose between, say at 10:15 on Friday morning, the War on Poverty, Post-War Latino History, Spatial Change in the Mid-Twentieth Century US City, and Paths to Sustainability, all things that I’m centrally interested in in my own work. I didn’t want to be one of those people traipsing in and out of panels, a determination which, apart from interrupting my friend Andrew Highsmith’s conclusion by literally knocking over a chair on the way into his panel, I followed. I generally chose a panel and stuck to it.

And the conference exceeded my expectations. I did not see a single mediocre paper, not to mention attend a disappointing panel, the entire weekend. It’s clear that, as the packed room for the retrospective on Kenneth Jackson’s Crabgrass Frontier demonstrated, the work in postwar metropolitan history that has followed from, extended upon, and challenged the model laid forth in that book has moved in incredibly interesting and provocative directions, directions that the packed panel on municipal bonds (!) demonstrated have the potential to draw exciting conclusions from seemingly mundane aspects of urban fiscal policy.

In particular, the breadth of work on postwar Latino urban history demonstrated the real fruits of combining the transnational and the spatial turns in urban history. I’ll admit to having been skeptical of the transnational turn, thinking it often amounted to a way to combine research with travel destinations. Who wouldn’t want to work Berlin, Paris, and Buenos Aires into their study of housing policy? But the work being done by scholars mapping the intersection of Latin American and US urban history made me see the spatial possibilities of transnational metropolitan history anew. Given patterns of circular migration and bi-nationality, should we think of San Juan and Lawrence, Mass., as parts of the same metropolis, as Llana Barber suggested on Friday? As Julio Capo asked in the same panel, how did performances of gender and sexuality learned in postwar Havana change and retain continuity in postwar Miami? Or, as Amy Offner illustrated on Saturday, ideas about housing and self-help readily crossed the spaces between the US and Colombia in the postwar years. And this is only a sampling of the papers that made me think about the spatial connections within and between metropolitan areas in really exciting new ways.

On the train on my way home, I posted on Facebook that I thought the UHA was the single best academic conference that I had ever attended. And I still think that’s true … for me. While my phone immediately started buzzing with “likes” (I was in the silent car, like all good historians), it also buzzed with dissent from people whose scholarly work focuses on 19th century cities or earlier, saying that they felt that there was little for them at the conference. And perusing the program, I have to admit they’re probably right. This isn’t at all an indictment of the program committee, which did a phenomenal job of putting a terrific program together and made broad efforts to reach out to historians examining earlier cities. (And it didn’t help that the UHA overlapped with Ethnohistory and US Intellectual History, two places where such historians have established homes). It is, however, a warning for how we can shape the state of the field as well as the conference program in the future. Going forward, the UHA should make an effort to focus on time as well as space (an ironic victory of the spatial turn in history). I think this means not only doing outreach to make sure that there are panels concerning ancient and early modern cities, but also to make sure that we talk to each other across temporalities, including those historians in plenary sessions as well as panels like the discussion of Crabgrass Frontier. That book, after all, locates “the first extant expression of the suburban ideal” in a cuneiform letter to the King of Persia in 539 BCE. We should remember Crabgrass Frontier’s temporal breadth, lest we end up only talking to each other.

Andrew Needham is an associate professor of history at New York University.  His new book from Princeton University Press, Power Lines: Phoenix and the Making of the Modern Southwest, explores the role of coal on Native American land in the development of the metropolitan Southwest. 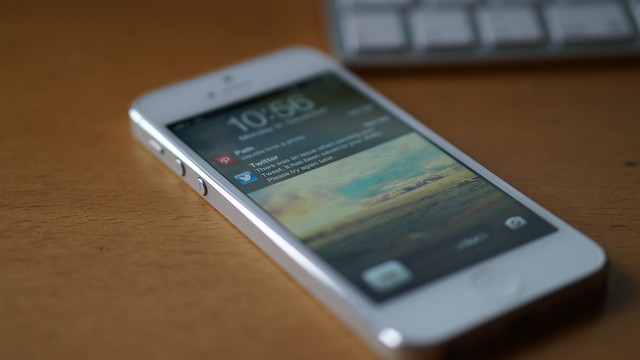 A note on Twitter: if you’re tweeting the conference or a session, please use the hashtag #UHA2014 — it will allow everyone who is following or searching that tag to keep track of all the goings-on in Philadelphia.  Presenters should realize it’s possible that any papers or sessions could be live-tweeted.  I’ll be keeping track of things and feel free to follow along for retweets or other conversations at @lwinling. 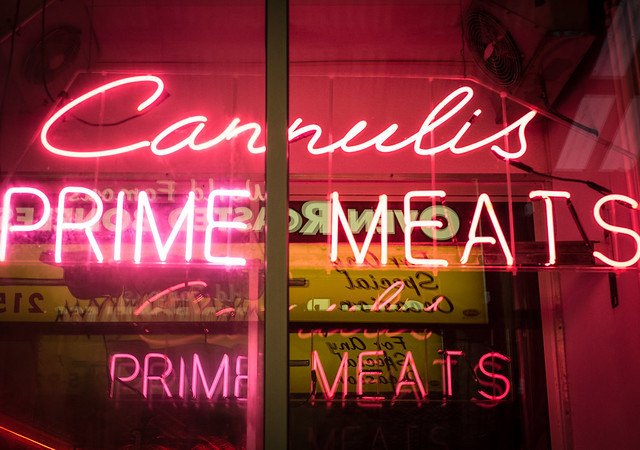 Guru of coffee culture Bryant Simon has compiled an impressive list of Philadelphia eating establishments for your enjoyment and nourishment during the Urban History conference. Download the Word file here.

Philadelphia has recently become a culinary delight and, while no Philly restaurants have Michelin stars, it does have the most recent winner of the Top Chef competition in Nicholas Elmi.  Indeed, historian Stephen Nepa focuses his research on culinary culture and Philadelphia, writing a dissertation on the topic.